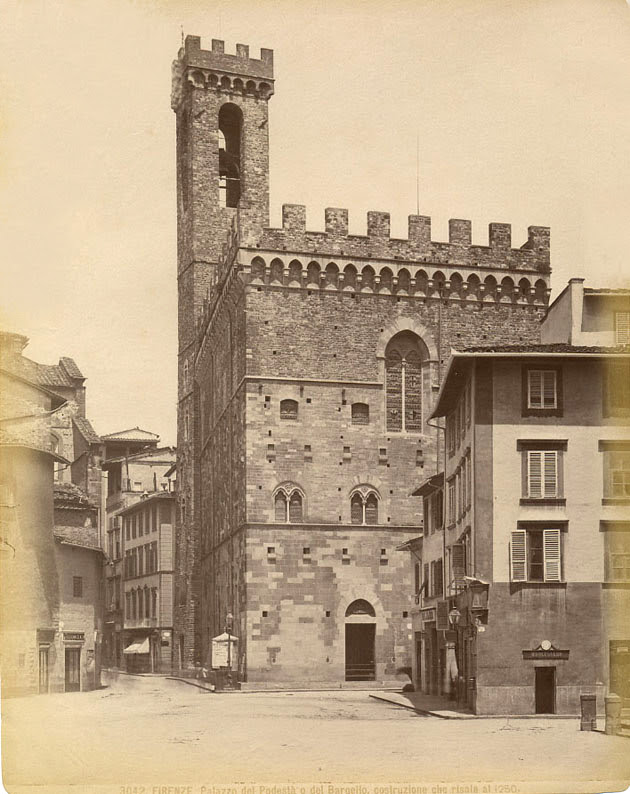 “As to the Bargello, which was once the judgment hall and the state prison of Florence, but which is now a Museum, there are treasures beyond calculation - ancient arms and armor, ancient saddles, ancient carved ivories inlaid with gold and colored, old medals, and jewels, a single one of which would make an American feel rich in the possession of it - all these are crowded into half a dozen great rooms, through which one passes, and where they are exposed to view to all who come. During the week the charge of admission is a franc to each exhibition, but on Sundays admission is free, and then they are crowded with the plain people of Florence, soldiers and bourgeois, who gather there to see them.”

Posted by Ian Schoenherr at 7:38 AM

Email ThisBlogThis!Share to TwitterShare to FacebookShare to Pinterest
Labels: 1911, Italy