Pyle on Barye and Wyeth

In a post two years ago, I quoted Howard Pyle’s thoughts on the sculptor Antoine-Louis Barye, but I want to expand on that post to show why he brought Barye up in the first place. 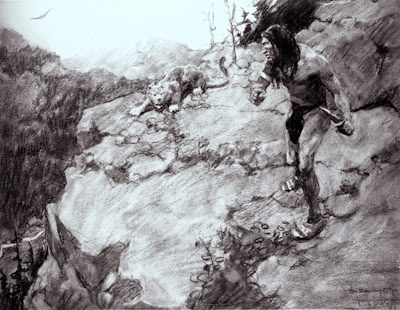 According to Ethel Pennewill Brown and Olive Rush - who took notes during these lectures - Pyle said something like this that day:


Now, Mr. Wyeth this lacks just a little of being a great composition. In the main it is well told, but you have been a little overdramatic with your figures.

A panther crouching to spring on his victim is not possessed of passion but merely a desire to eat. He is cool, calculating, hungry.

Barye is one of the very few who have rightly expressed the animal nature.

I recall a thing by him of greyhounds killing hares. One of the hounds had a hare in its strong jaws and was crunching it in a cold-blooded way - absolutely without any feeling or passion.

A wild beast devouring another take its food in a way natural to it, as a tree absorbs moisture, rather than as a creature bent on revenge.

When you throw your own self into the animal you make him human. You should consider him a being different from yourself.

The action of the Indian, too, is overstated.

He knows escape is impossible and his only hope lies in meeting the attack. So he would not lean back [sic] as you have him but would instinctively brace himself for the blow.

It’s possible that Wyeth subsequently altered this composition, but I’m inclined to think that it looks now as it did 110 years ago - despite the fact that the Indian is leaning forward, not back. 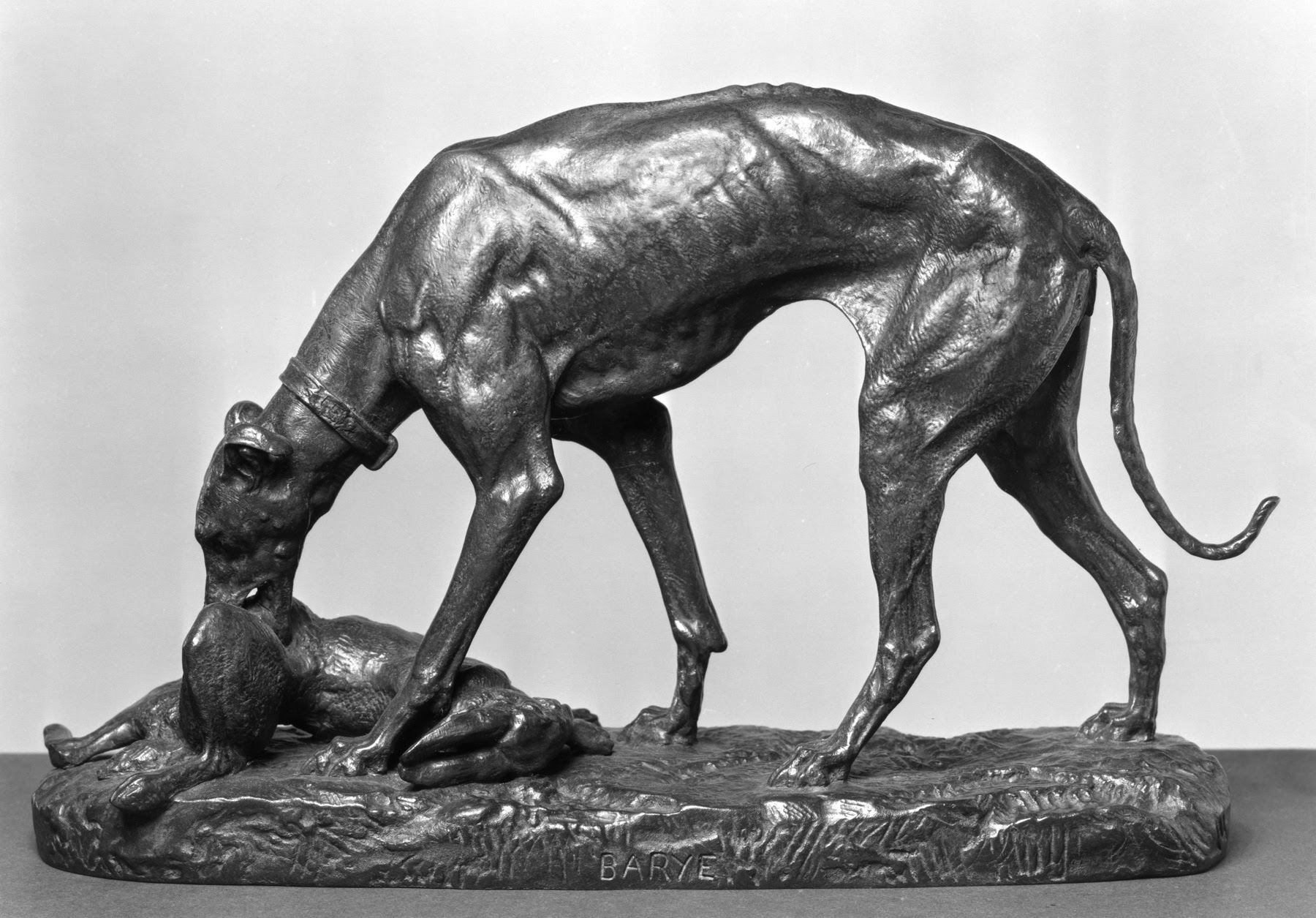 “Greyhound and Hare” by Antoine-Louis Barye

The picture of Wyeth’s drawing comes via the Brandywine River Museum. The original belongs to the Marietta/Cobb Museum of Art (Paulus Leeser, photographer; Courtesy of Nicholas Wyeth, Inc.)
Posted by Ian Schoenherr at 11:12 AM

The lecture notes from Pyle's students really come to life when you show the images they were all referring to. Thanks for the sleuth-work, Ian.

I agree with you. I think this is as it was during Pyle's crit... just on the evidence of the tiger, which is still in a peculiar crouchy position.

And spatially, even though the indian is leaning toward the animal in 2D, in 3D he is leaning away from it and toward us. So I assume it the indian's 3D movement Pyle was commenting on.

I love that other Pyle school sketch Wyeth did that became War Clouds, one of Wyeth's early masterpieces, in my view.

Thanks for posting this, I couldn't find it in Wyeth's Catalogue Raisonne, and it inspired me to venture an image of my own, along the same theme.