“The Gothic church of Santa Croce, begun in 1294…was completed in 1442, except the façade, which was added 1857-63. The interior, 128 yds. long, with its widely spaced pillars and open roof of its nave, produces an impressive effect, enhanced by numerous monuments of famous Italians and by Giotto’s venerable frescoes in the choir-chapels (Morning light best).” - Baedeker’s Northern Italy 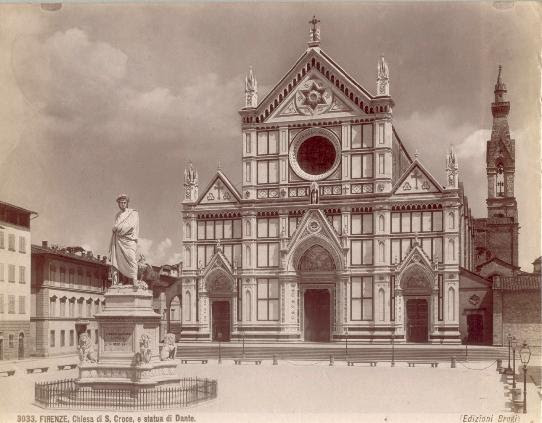 One hundred years ago today, on December 20, 1910, Howard and Anne Poole Pyle toured the Basilica di Santa Croce, around the corner from their temporary lodgings on the Piazza Cavalleggieri in Florence. The next day, he wrote to Stanley Arthurs and gave his impressions of some of the things he saw there.

“Yesterday Mrs. Pyle and I went to an old church which was started to be built in the Twelfth Century [sic], and which was only completed in the Nineteenth.” 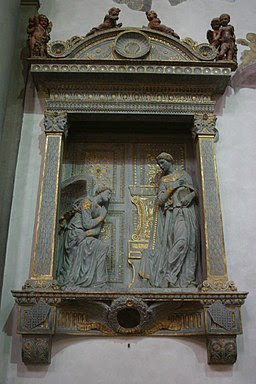 “There are a number of things in it which are good, or fairly good, and one or two things which are extremely beautiful. Among these is a tomb, or rather, memorial, made by Donatello - beautiful figures, soft greys and gilt.” [I assume Pyle meant Donatello’s “Annunciation” in gilded pietra serena, a grey Italian sandstone.] 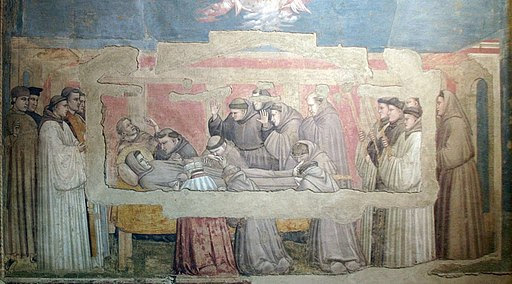 “The walls are decorated with pictures of the Giotto school, 14th Century and are interesting as being a transcript of that life. The Italians have not preserved them very closely, but have spread stucco-work over them which has only just been removed.” 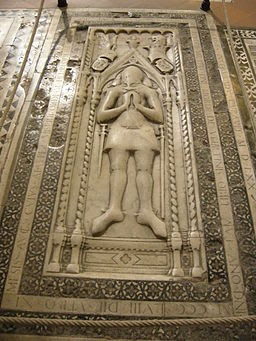 “I think the things which interested me most were the tombs let into the floor, and the figures of knights and ladies in the costumes of the 14th and 15th centuries worn by passing feet so that you cannot see any detail, but still leaving enough to see the general character.”
Posted by Ian Schoenherr at 8:20 AM