Is This Young Howard Pyle? 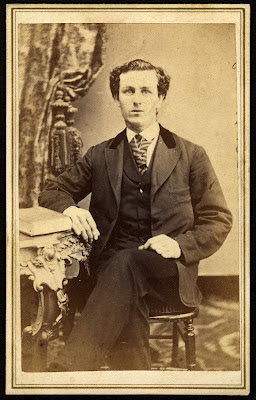 Is this young Howard Pyle?

I don’t know. But I really, really wish I did - and I’m 99 percent convinced that it is Howard Pyle, somewhere in his early 20s. What throws me is the size of his hands, which seem too big (Pyle had smallish hands, apparently), and the shape of his ears. But these could be optical illusions. Also, I don’t know what color hair young Pyle had, or what his hairline was like before he started balding.

His eyes, though, look right, as does his nose, brows, and especially the shape and smallness of his mouth. In 1909, a reporter noted that Pyle had “eyes blue as a fog, a small mouth, bland, but massive and singularly youthful face.” And artist James Edward Kelly remembered that when Pyle arrived in New York in 1876, “he had a high, smooth forehead; a long, smooth nose; light blue eyes; long flat jaws; rosy cheeks; a long smooth chin; small pursed mouth.”

Fortunately, there is a bona fide early photo of Pyle - Figure 2 - taken about 1875 in Owings Mills, Maryland. Here he has longish, darkish hair, and a face very much in keeping with Kelly’s description. The slope and shape of the shoulders, nose, chin, mouth, etc., etc., are also very similar to Figure 1’s. 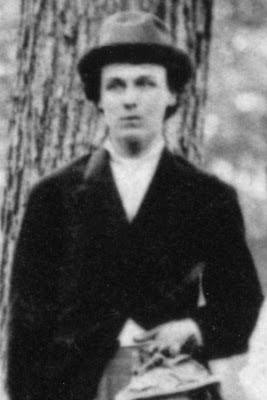 Then again, the youngish Pyle in another early photo (Figure 3) appears to have brown or maybe even reddish hair, or at least something lighter than what we see in Figure 1 - but the darker tone there could be an illusion or from Macassar oil, or something... 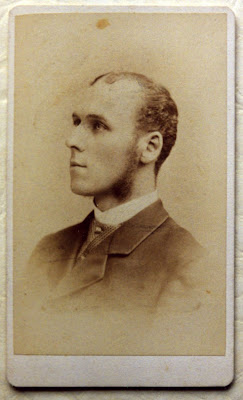 Still, there is indeed something reminiscent of Figure 1 in Figure 3. Not to mention in Frances Benjamin Johnston photos of Pyle, taken when he was in his early 40s. Pyle’s face has become rounder in Figure 4 and Figure 6, but his demeanor is similar, as are his mouth and eyes. 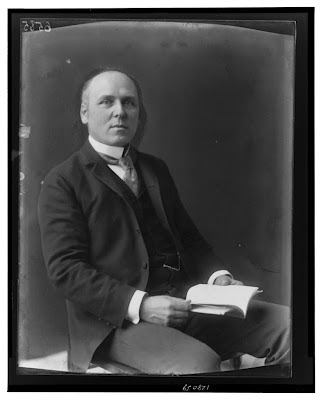 Curiously and coincidentally, the photographer of Figure 1, Emily Webb, was Howard Pyle’s first-cousin-once-removed: she had grandparents in common with Pyle’s father. Emily was born on February 23, 1830, died on April 24, 1914, and somewhere along the line - and at a time when female photographers were quite rare - she set up her “Union Gallery” on Market Street in Wilmington. Her sister Sarah, meanwhile, was the wife of the Saturday Evening Post’s Henry Peterson, who was also Pyle’s mother’s first publisher.

Perhaps another, identified copy of Webb’s photo - or the use of a facial recognition system of some kind - will solve the mystery. (Though, in laying out all these things, I think I'm now 99.9 percent sure.) 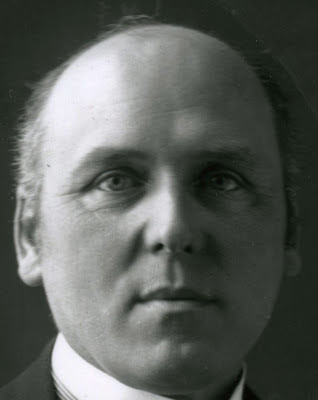 Great sleuthwork, Ian. I agree. There's that pouty mouth with the lower lip forward, the light colored eyes with the downward trending corners, and the peculiar chiseling to his nose. And it looks like his hairline is already receding. I think you've scored an exciting discovery!

Thanks - my gut says “Yes, it’s him,” but I'll hold out for another shred or two of hard evidence.

And, of course, I want more photos -