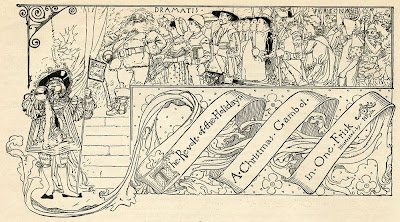 We don’t usually associate Howard Pyle with Santa Claus, but Harper’s Young People for December 18, 1883, features Pyle’s only known published images of the jolly old elf. These illustrated “Revolt of the Holidays” by Edward Irenæus Stevenson. Granted, Pyle’s Santa Claus is not as fully realized as the one imagined by his friend Thomas Nast, or by his student N. C. Wyeth, but beggars can’t be choosers. The Delaware Art Museum owns the original pen and ink drawings. 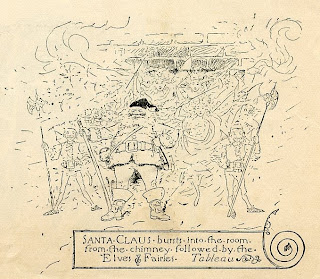 Posted by Ian Schoenherr at 7:34 AM